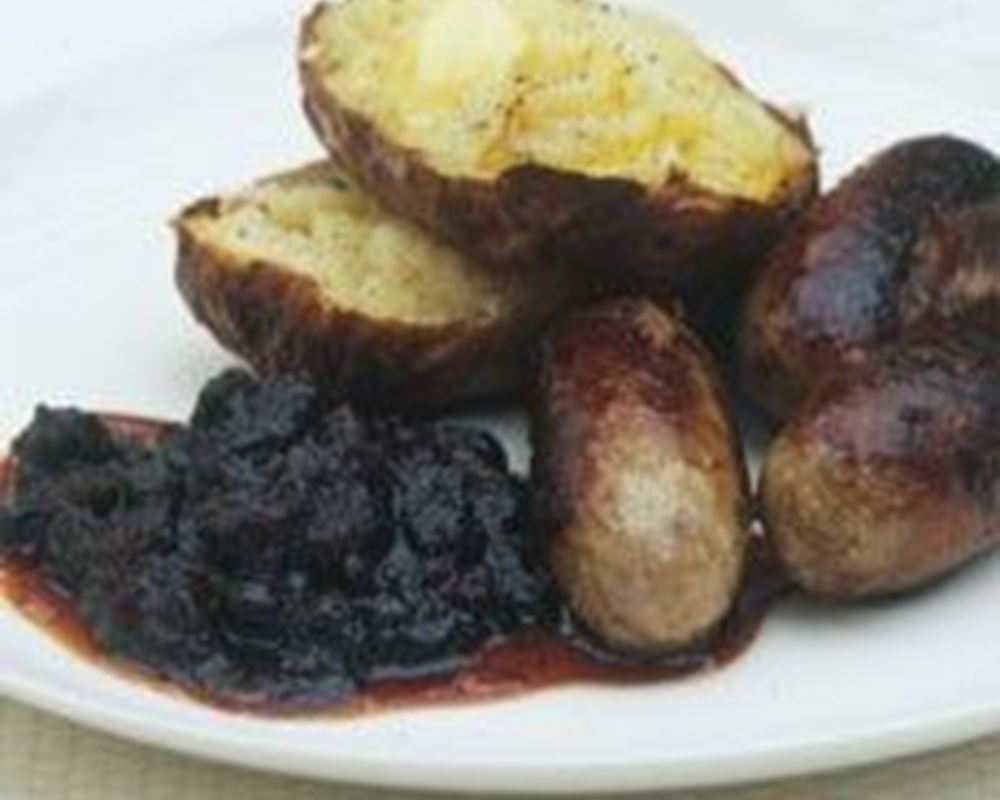 Remove the stones from the plums and place them in a preserving pan. Then core the apples but leave the peel on, and finely chop them in a processor. Then process the onions, adding both these to the pan. After that, crush the garlic and add that, followed by the ginger, raisins, sugar and the (remaining) vinegar. Then sprinkle in the salt and stir everything thoroughly. Now wrap the cinnamon, allspice and cloves in the muslin (or gauze) and tie the top loosely with the string to form a little bag, which should then be tied on to the handle of the pan and suspended among the rest of the ingredients. Now bring everything to the boil, then lower the heat and let the chutney simmer very gently for 2-3 hours, stirring it occasionally and rather more often towards the end to prevent it sticking to the bottom. When almost all the vinegar has disappeared and the chutney has thickened to a soft consistency, do the channel test - if it is ready, when you draw a channel with a wooden spoon across its surface, it will leave an imprint for a few seconds without filling up with vinegar. While it is still warm, pour it into the hot, sterilised jars (see below), filling them as full as possible. Cover each with a waxed disc and seal tightly with a vinegar-proof lid. Label when cold and store the chutney in a cool, airy cupboard, leaving it to mellow for at least 3 months before eating.

Beanies organic box deliveries are great: the fruit and veg are always fresh and tasty, and the delivery is totally reliable.